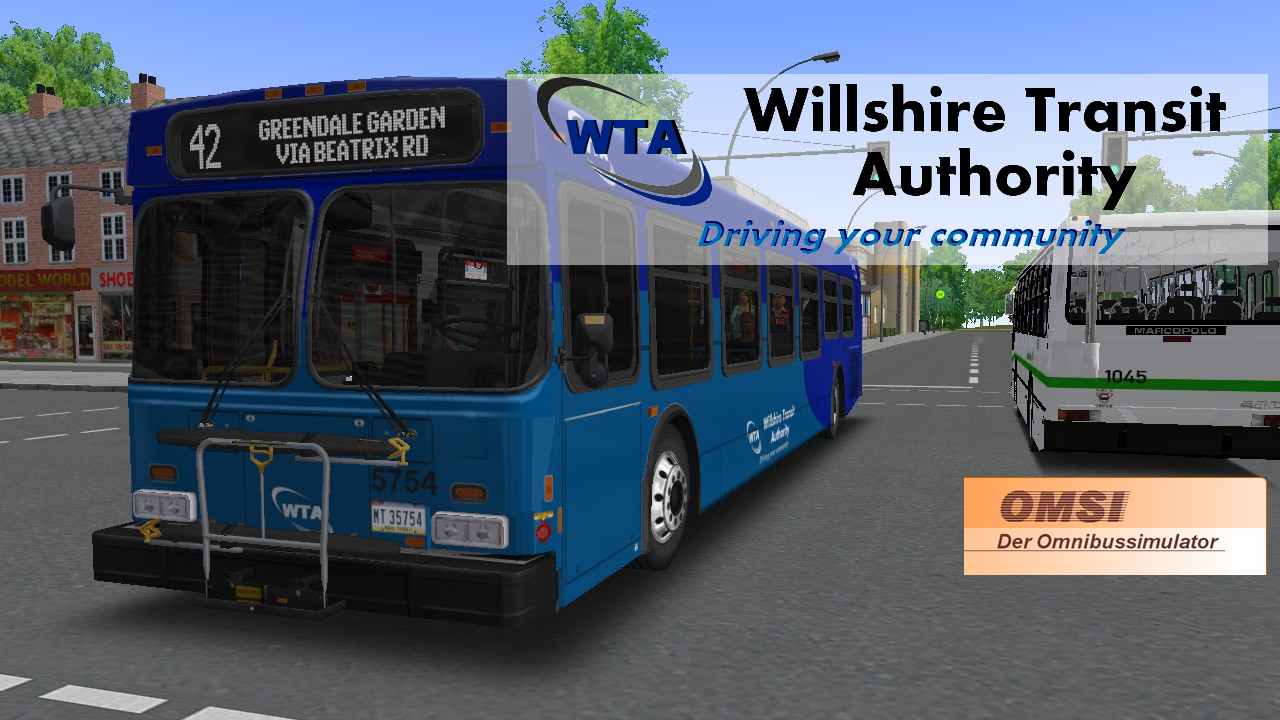 An addon map for OMSI Bus Simulator, by LOCKHEART.

Welcome to Willshire, A fictional Canadian city set in the province of Ontario. Willshire is a mix of a large city with plenty of workspaces, and a commuter's city.

Willshire is set in the present time and is one of four cities in the area. Greendale and Kindlewood sit just outside of Willshire, with Ridgewood just beyond. Plenty of varied routes to choose from, such as commuter routes, cross-town routes, to even shuttle routes. Willshire also sports one of the first Underground terminal and semi-outside terminals in OMSI, sure to thrill any city dweller.

This map is very resource heavy, as such it's highly recommended that you lower your settings if you encounter lag. Please also understand that lower-end computers will experience lag regardless of their settings but hopefully is bearable. I do however apologize to those that cannot at all run this map, hopefully, future releases will focus on routes outside of Willshire itself that will run better for you.

~ PLEASE NOTE:
Development of this map is discontinued and the map is unsupported.