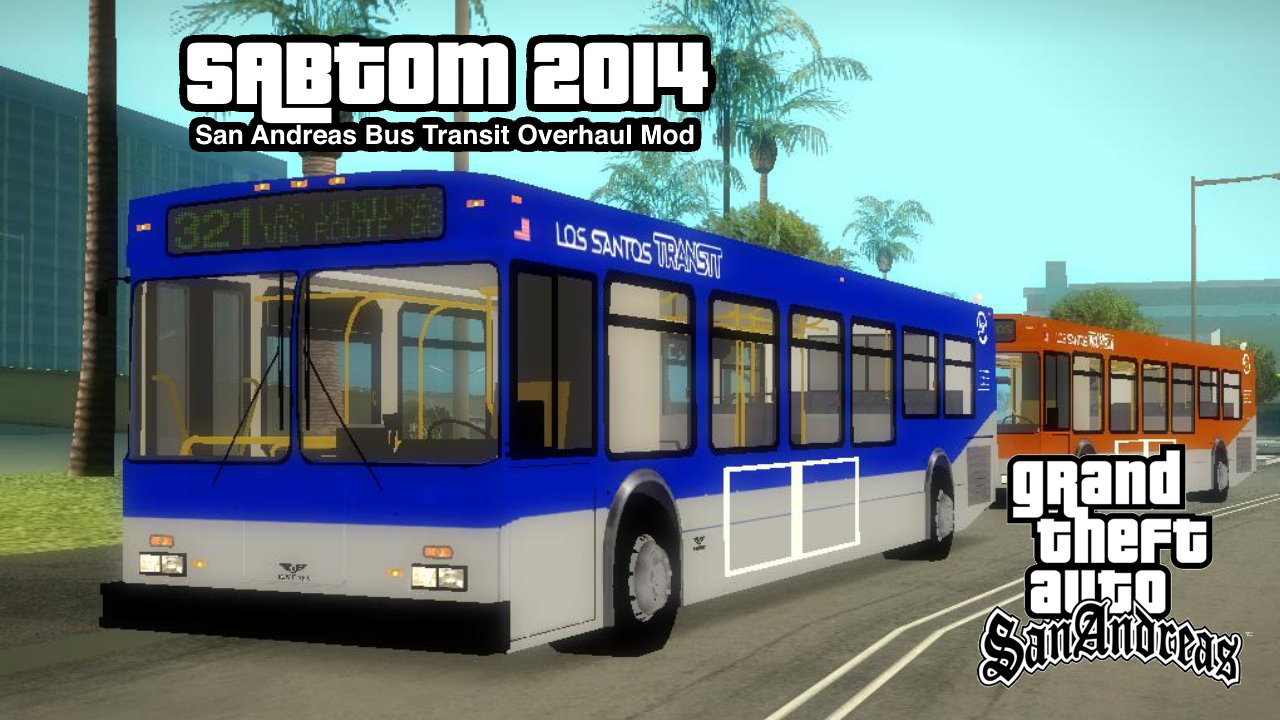 Hello Everyone and welcome to the San Andreas Bus Transit Overhaul Mod 2014. Completely changes bus transit in Grand Theft Auto: San Andreas. Unlike in previous mods (such as the Los Santos Transit mod), this one really focuses on detail. The mod includes new bus stops, new shelters, new buses, and a custom cargrp.dat file that makes a bus spawn virtually anywhere as it would in real life. Please remember to make backups before installing.

Tools needed to install:
-Notepad (if you do manual installs)
-SAMI/GGMM (for automatic vehicle installs)
-IMG Tool/Spark (it's your choice really)

A new version is in progress...