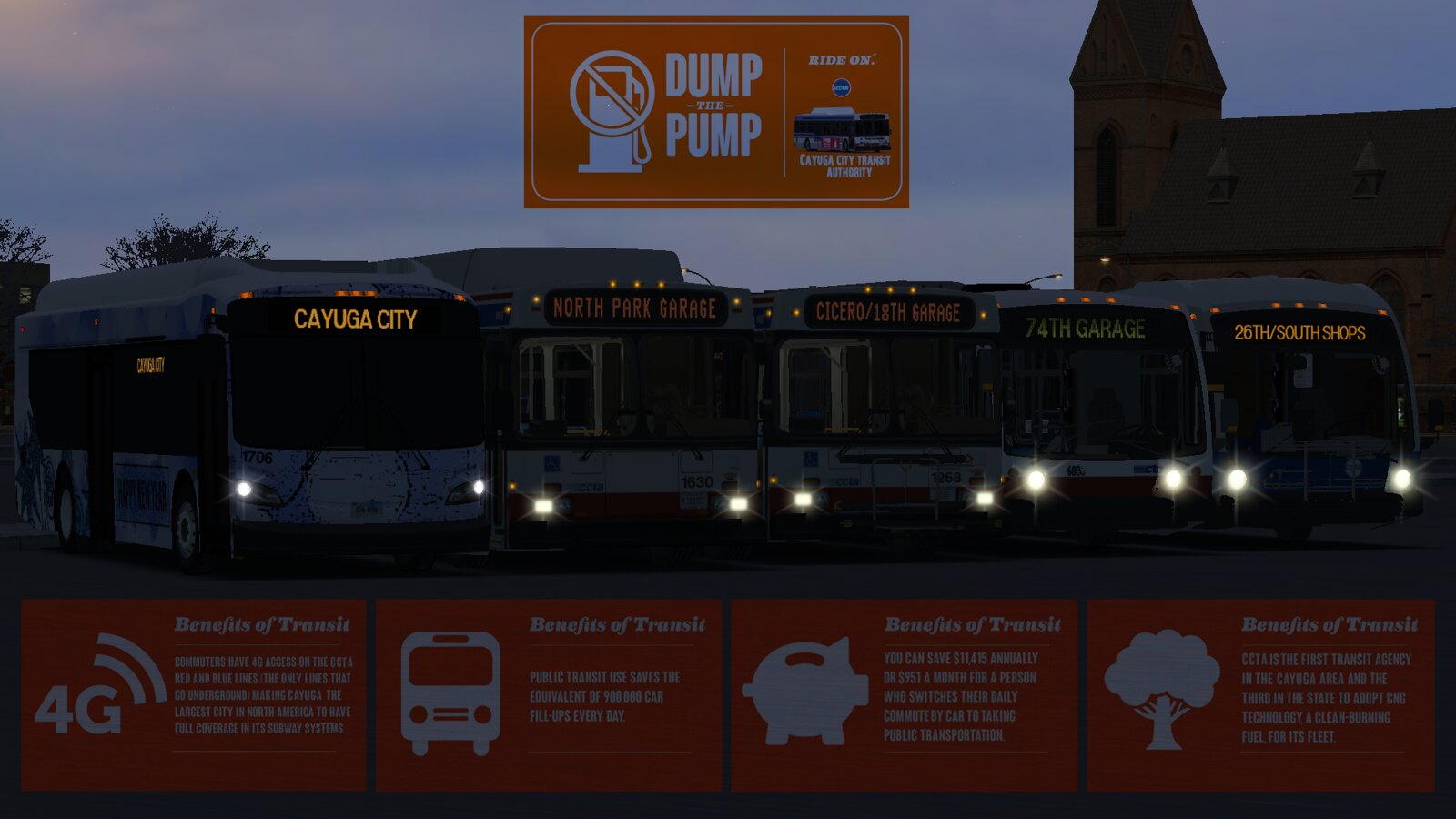 Chicago (Midwestern Edition) (2021 )
Once upon a time Cayuga 0.5 was the beginning of a map dynasty from creator Dash5155. As time went on I began to take on the task to develop my vision of Chicago and RTA's operations through his map and once Cayuga 0.6 came around the progress of 0.5 had already begun to take shape and I stuck with the challenge to not only expand the map but make it my own.
Brief Rundown:
Alright, so you're probably wondering why the map has its own unique name now after so many years of using the default "Cayuga" and then added "midwest". After the last several months of revamping and expanding so many parts of the maps, it has really dawned on me that this is nearly close to what Chicago is in real life to a degree, and since it is my hometown I might as well give this map a new name to represent what a virtual Chicago would look like through my lens and creativity. A majority of the routes in the map resemble routes from Chicago Transit Authority and Pace in some form along with each of many neighborhoods also representing parts of Chicago's rich culture and history. I hope everyone gets used to the new name.

I would also like Credits to the following users that have helped me along the way through the development of Chicago (Midwestern Edition) (2020 W.I.P). I feel like there is more but I can't remember everyone.

Also for everyone that is planning or has already downloaded the map please make sure you install everything correctly and replace all required files in their respective folders because if you don't your map will not work properly at all. Also please make sure you have all required dependencies installed correctly as well. Otherwise, your map will not work.

Sceneryobjects (You must download every link and extract the contents to your scenery-objects folder.)

Also, make sure you download all links made available in the requirements above! and to gain a quicker response join the official Virtual Transportation Center Discord server!
Post has been updated as of 7:50 AM 6/2/20