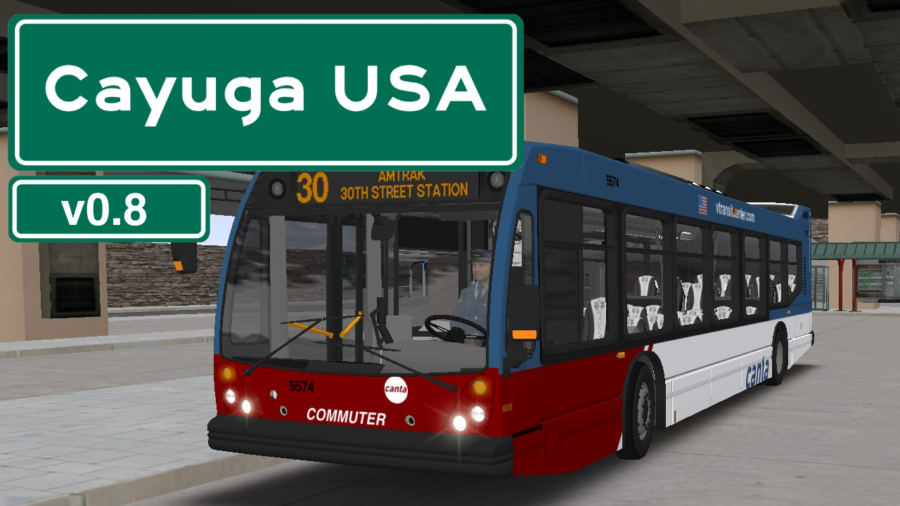 This is a fictional US State that would be located between Pennsylvania and New Jersey. In this map, you'll notice that most (if not all) of the routes here serve their own purpose, including (but not limited to) connecting a suburban town to the main city, or transporting the locals around their town. Whether you want to drive a corner-to-corner urban route, a super limited BRT route, a long-distance commuter express route, or even kick it into very low gear and do a park and ride the shuttle; the Cayuga USA map has it all

If this is a fresh install, you will have to select "Load Map WIthout Buses" before selecting the map as there is no "Last Situation" saved for this map. If you are upgrading from an older version, you MUST REPLACE all the files that come with this version, including repaints, hof files, etc, else you will encounter glitches and incompatible hofs, which I will NOT be supporting

Donations are welcome as a way to say thanks!

*Lakeland Routes will not retain their original forms. See Route Changes for Details

Routing changes: Many existing routes will change based on some comments given in the past operations wise.

Operations
These are only minor changes, but for those that follow the lure of Cayuga USA, this will change things up quite a bit.